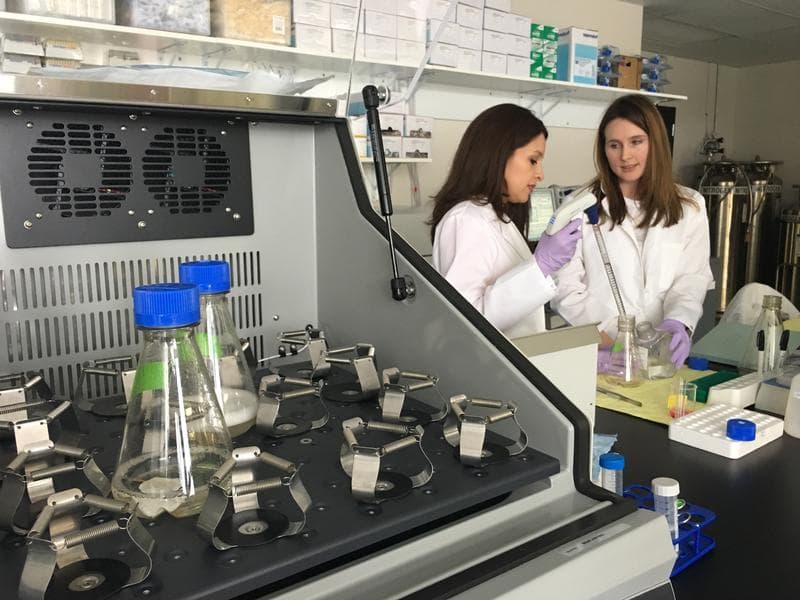 The intestinal microbiota is called the new organ in the human body. We have known more or less about other organs for a long time, but it became known that bacteria perform important functions for a man only at the end of the XX century. The study of microbiota began in the XVII century. The creator of the microscope and the “father of microbiology” Anthony Van Leeuwenhoek first examined and described oral bacteria and faeces.

In 1828, Christian Ehrenberg introduced the new term Bacterium. At that time, he was studying Escherichia coli, a type of bacteria without spores. Christian coined the term Bacillus for spore-forming bacteria. This type of bacteria was actively studied by Robert Koch. He also revealed the relationship between these pathogens and diseases such as anthrax and tuberculosis.

Already in the 19th century, it was clear to researchers that human health was closely linked to bacteria. However, it became possible to study microbiota fully after the discovery of gene sequencing technology by Frederick Senger. Not all species are able to live and grow in Petri dishes, so it was difficult to classify and define bacterial functions in detail.

Simultaneously with the development of technologies in the 70s, the microbiologist Karl Veuze proposed to classify microorganisms on the basis of sequencing of the 16s rRNA molecule, by which it is convenient to compare nucleotide sequences and determine the degree of affinity. According to the analysis, Carl divided all microorganisms into archea, bacteria and eukaryotes. This classification is still in use today.

The eukaryotes are distinguished by the presence of a nucleus, and bacteria and archea don’t have it. Archaea are simple single-celled microorganisms that live in extreme conditions (in geysers, at the bottom of seas and oceans). They are also the oldest, with archaeologists on Earth for about 4 billion years. There are also no parasitic or pathogenic microorganisms among them, and there are some bacteria among them.

Archaeologists produce methane in the human intestines. Also, the more they are, the lower the risk of obesity, but the causal link remains unclear. Not everyone has any archaea and rarely goes beyond 1-2%.

Bacteria live in a variety of environments and we have much more contact with them than with archea. They differ in a number of functions. For example, bacteria can tear up carbohydrate molecules and produce fatty acids, but archea can’t.

How do you study a microbiota

Before we dive into research, let’s first refresh our knowledge of DNA, RNA and protein synthesis.The body needs proteins to work properly. Skin tissues need some to maintain their protective function; eye cells need others to make the organ work properly. Sometimes different cells and tissues need the same protein. Cells use DNA as a guide to create proteins.

First, the area where the information is to be found is determined. Double-helix DNA unwinds and copies only one side of it. The DNA is then reeled back and a copy of one side (RNA) is picked up by the ribosome. It reads the sequence and builds a chain of amino acids along it, which then takes shape and becomes a protein.

To study microorganisms, we mainly use four approaches:

Usually by microbiotic research we mean this very type of analysis because it was the first one to be used on a large scale to study bacteria. After the appearance of DNA sequencing technology, scientists launched a global project to study soils, seas, and hot springs. Thanks to metagenomic analysis, the database of microorganisms was growing exponentially. Sequencing allows bacteria to be studied in their natural environment, while many of them die in the laboratory.

Transcript – a set of all matrix RNA (mRNA) molecules synthesized by one cell or a group of microorganisms. Metatranscriptomal analysis examines RNA directly, rather than the gene that encodes it.

Sometimes there is a bacterium, but it does not participate in the life of the microbial community: it has inactive genes that are not copied by the RNA molecule. Metatranscriptom studies allow us to evaluate the active part of the microbiota. However, the RNA molecule is not as stable as the DNA and decays quickly. Therefore, it is more difficult and expensive to isolate and preserve it for analysis.

So far, no method of microbiotic examination has been used in regular clinical practice. Sometimes, for a complete picture, a physician may recommend that a metagenomic examination of the microbiota be carried out to assess the composition of intestinal bacteria.

We warn users that the Microbiota Genetics test is only suitable for educational purposes and is designed for healthy people who are interested in learning about their bacteria. If a person is sick, he or she will be able to know the composition of the bacteria, but the recommendations are not relevant. Microbiota of people with diseases is very different, and for them the “normal” profile will be different.

We do not advise to conduct research on children, because their microbiota data is much less. And unnecessary intervention and restriction of children’s diets according to the results of the study – potentially dangerous, because the child may not get the necessary nutrients or suffer from overdiagnosis.

Today, residents of Russia and the CIS countries are offered to study microbiota metabolites for children and adults by blood or saliva samples using gas chromatography and mass spectrometry. According to its results, the developers of this method, it is possible to assess the presence and absence of inflammation in the body.

However, there are no such recommendations in international clinical guidelines. Diagnosis of inflammation and disease should be carried out by methods that have a high level of evidence, a certain degree of sensitivity, low probability of false positive results and complications of hyperdiagnostics.