Biotechnology in the garage 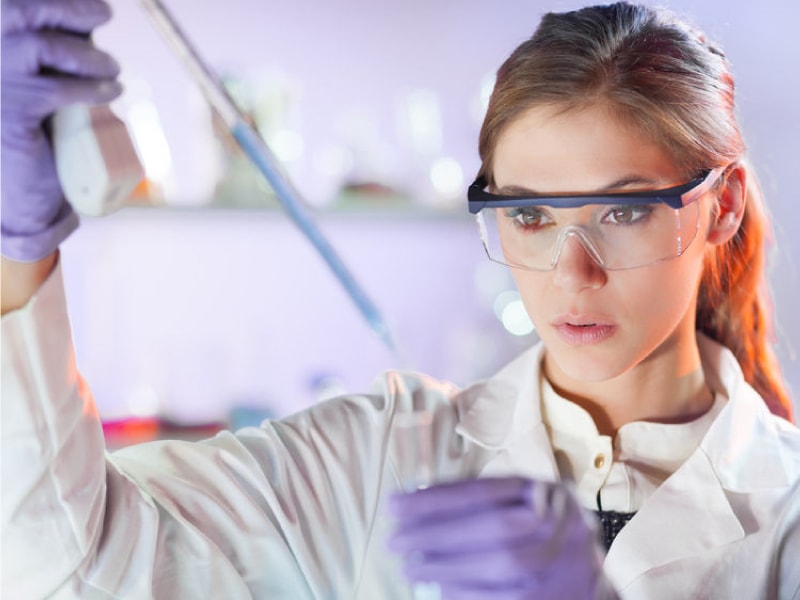 Biohacking is a movement that unites those who are passionate about biology and want to make it more accessible to a wide range of people. Biokhackers do so-called Do It Yourself Biology (or DIY-Bio), i.e. do it yourself. Recently, the term DIY Bio has been replaced by Do It Together Biology, or DIT Bio, i.e. “do it together”, as most biohackers work together in open labs.

Biokhackers are called that because of hacker principles of amateur research. They are convinced that open access to biotechnology and genetic engineering will stimulate innovation and increase scientific literacy in the field of biology. The possibility of such broad access is controversial and several negative stereotypes have emerged in the years since the movement began.

For example, “since these are not real scientists, they may not knowingly create something dangerous. However, this movement has the potential to benefit society, and we will increasingly hear about it, so five important things need to be understood about biokhackers.

Biokhackers set up home laboratories with the help of improvised means or open laboratories (Biohacker Spaces). Such “biohacker spaces” already exist in more than 50 cities, mainly in Europe, Asia, North and South America.

In these open labs, you can learn how to conduct various experiments under the guidance of experienced biologists. For example, the Waag Society Institute of Art, Science and Technology in the Netherlands has a BioHack Academy where workshops are held to raise meat in a test tube or to create paper and ink with bacteria.

Often in such laboratories, artists work with scientists to create art projects that explore ethical issues related to new technologies. For example, Anna Dumitriu works at the intersection of art and science – for the art project, she has sewed a dress made of fabric created using a special technique in the laboratory.

The fabric has been dyed with agaric jelly with antibiotics and neutralized bacteria such as tubercle bacillus and staphylococcus aureus (a methicillin-resistant staphylococcus that is resistant to a large group of antibiotics and causes hospital-acquired infections). Of course, these are not real clothes, but art objects. Anna’s project is devoted to the topic of modernization of medical microbiology and draws attention to the problem of increasing resistance of bacteria to antibiotics.

The development of the DIY-biological community has led to the spread of crowdfunding financing of projects. One of the most notorious is Glowing Plants: a group of American biokhackers has placed a project on the Kickstarter platform to sell luminous plant seeds. They were created using synthetic biology (this area combines molecular biology with engineering to design and build new biosystems and functions) and the Genome Compiler program.

Some DIY/DIT biologists were able to create successful startups based on their research. For example, three biokhackers from the Netherlands developed the Amplino Scout portable device for malaria diagnostics and founded the Amplino company, which has already won several awards.

The community has already helped to create more affordable alternatives to expensive biotech equipment. For example, a professional PCR machine: it is constantly used in molecular biology to copy DNA fragments (for paternity determination, diagnosis of viral and hereditary diseases, criminological purposes).

The BentoLab handheld lab, which fits in a small case, is also a development of the biokhacker community. In the future, this will make it easier for physicians and forensic scientists to do their work, as research can be done anywhere and anytime.

The list of principles may need to be revised and supplemented in the future. This is because the development of technologies (especially sequencing methods, i.e. the sequencing of nucleotides in the DNA) is prompting debate about data confidentiality and how to ethically sequence other people’s DNA.

At the moment, the technologies that biohackers are working with are not yet so advanced as to pose a threat to the environment or society. In fact, most biohackers conduct basic, fairly simple experiments. For example, they synthesize genes and introduce new genes into bacteria. Analogous to computers, it’s like writing and installing a new program on a computer.

In the media and among politicians, there are many fears associated with the activities of DIY/DIT biologists. It is often heard that cybercriminals will take advantage of such open access to biotechnology. However, open labs are not designed to work with dangerous pathogens, so attackers are at great risk of infecting themselves. The DIY/DIT biology community is well aware of the possible risks.

According to a study by the Woodrow Wilson Center, the majority of DIY/DIT biologists interviewed believe that no additional regulatory measures are required at this time. Some members of the community anticipate that the need for more serious oversight will arise with the development and emergence of new technologies.

The development of “garage” biotechnology and the emergence of portable laboratories has led to the popularization of biology and wildlife sciences in general. Perhaps in the future, the development of DIY/DIT-bio culture will enable the creation of drugs and medical devices in the same way as mobile applications do now, and the transition to bioeconomics, i.e., a world order in which biotechnology provides a significant part of material production.